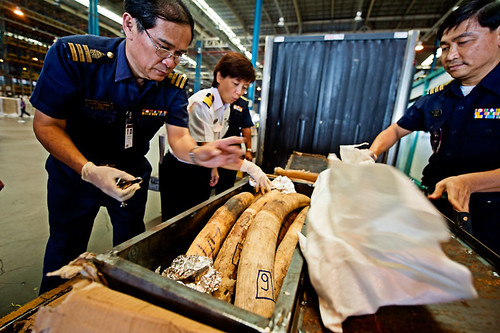 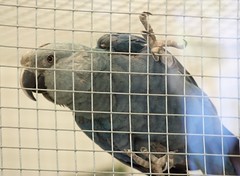 The second World Wildlife Day was observed around the world this week. The special day was proclaimed by the UN General Assembly in 2013 for March 3, the day of the adoption of the Convention on International Trade in Endangered Species, CITES.

On World Wildlife Day, Tuesday, Kenya’s President Uhuru Kenyatta torched 15 metric tonnes of ivory, sending a smoke signal to the world that Kenya continues to reject the international trade in ivory and is a global leader in fighting the ivory trade.

Wildlife and forest crime has grown into one of the largest transnational organized criminal activities, alongside drug trafficking, arms, and trafficking in human beings.

Beyond immediate environmental impacts, the illegal trade in natural resources is depriving developing economies of billions of dollars in lost revenues.

Scanlon says the positive news is that work is happening to deal with all three issues. “More States are treating wildlife crime as a serious crime; targeted public awareness campaigns are well underway in all regions; and politicians at the highest levels and key opinion leaders are speaking out.”

CITES reports that 1,215 rhinos were poached in South Africa alone in 2014 – this translates to one rhino killed every eight hours. Approximately 94 per cent of rhino poaching takes place in South Africa, which has the largest remaining populations. The involvement of organized syndicates has seen poaching rise from less than 20 in 2007 to over 1,000 in South Africa in 2013, and rhino horn poached in 2014 is valued at an estimated US$63 to US$192 million.

The Great Apes Survival Partnership (GRASP) reports that the illicit traffic in live great apes is an increasingly serious threat to chimpanzees, gorillas, and bonobos in Africa and orangutans in Asia, with seizures averaging 1.3 per week since 2014. Many more great apes die during capture and captivity than ever enter the illicit traffic; it is estimated that a minimum of 220 chimpanzees, 106 orangutans, 33 bonobos, and 15 gorillas have been lost from the wild over the last 14 months, according to GRASP.

The Spix’s macaw, the bird portrayed in the animation “Rio” by the friendly character “Blue”, is one of the most endangered species on the planet. Today there are only 80 Spix’s macaws in the world, the majority of which are kept by foreign bird keepers (in Spain, Germany and Qatar).

Pangolins, also known as ‘scaly anteaters’ are among the world’s most trafficked mammals on earth, with over one million animals taken from the wild in the past decade.

The United Nations Development Programme (UNDP) is launching new initiatives to halt the illegal trade in wildlife in Asia and Africa. These initiatives will tackle wildlife crime by focusing on law enforcement, regulations, and engaging the private sector and strengthening collaboration between governments within and across the two regions.