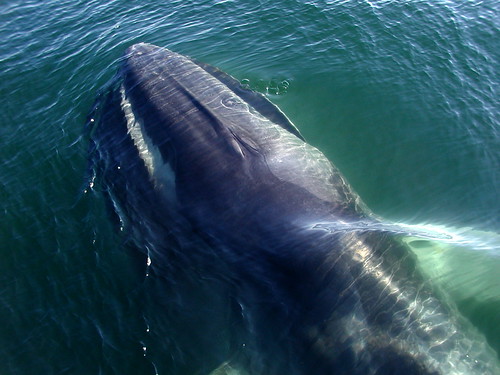 The International Whaling Commission voted Thursday against Japan’s plans to resume “scientific” whaling in the Antarctic next year, but Japan said it would go ahead regardless.

The IWC resolution, passed by a 35-20 vote, said Japan should abide by an International Court of Justice ruling that said that its whaling program is illegal because it is not for research purposes.

The court ruling in March, in a case brought by Australia, said some “scientific” whaling is allowed under strict conditions, by which Japan said it would abide.

The world’s great whales were hunted to near extinction by the early 20th century. An International Whaling Commission moratorium on commercial whaling went into effect in 1986, but since then roughly 30,400 whales have been killed by Japan and the other defiant countries, Norway and Iceland.

“We will be providing and submitting a new research plan in the Antarctic Ocean so that we implement research activities starting from 2015,” said Joji Morishita, head of Japan’s delegation. “And all these activities are perfectly in accordance with international law, scientific basis as well as the ICJ judgment.”

Until the ruling Japan maintained it had the sole authority to decide to take up to 935 minke whales, 50 humpbacks and 50 fin whales in the Antarctic every year, for “scientific research.”

Hunt said the principles of the Court’s finding that Japan’s whale kill was not scientific research, should be integrated into the work of the International Whaling Commission.

“The words of the court, the highest court in the world, speak for themselves,” Hunt told the IWC meeting Monday. “We need to just ensure that the commission, as the responsible international organization, considers the guidance of the court, and incorporates its learned judgment into the practices of the commission.”

Australia backs a resolution by New Zealand to the 89 member countries of the International Whaling Commission which would restrict member governments’ authority to issue permits for scientific whaling, until they undergo a full review by the IWC.

Although the Government of Japan has announced that lethal whaling will not be resumed until 2015/16, the Sea Shepherd Conservation Society, under the leadership of Sea Shepherd Australia, has adopted the “precautionary principle” and is preparing the three Sea Shepherd whale defense vessels to once again confront the Japanese whaling fleet in Antarctica as it has for the past 10 years.

During the 2013/14 whaling season, the direct interventions of Sea Shepherd ensured that the whaling fleet fell short of their quota by 74 percent – saving the lives of 784 whales.