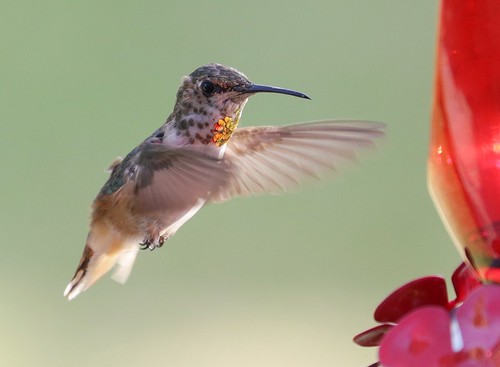 At the current pace of climate change, 314 species of North American birds could lose half or more of their livable ranges by the year 2080 if nothing is done to stop the release of greenhouse gases into the atmosphere, finds a scientific study issued Monday by the National Audubon Society.

The national symbol of the United States, the Bald Eagle, could see its current summer range decrease by nearly 75 percent in the next 65 years.

Audubon President and CEO David Yarnold says, “Some, like the Trumpeter Swan, Brown-headed Nuthatch, and American Avocet, could lose more than 99 percent of their livable range, which puts them at extreme risk for extinction,” says Yarnold.

These are conservative estimates based on cutting-edge science and state-of-the-art climate models.

“The greatest threat our birds face today is global warming. That’s our unequivocal conclusion after seven years of painstakingly careful and thorough research,” said Audubon Chief Scientist Gary Langham, who led the study, which was funded in part by the U.S. Fish and Wildlife Service.

Audubon is using the results of this study as an urgent call to action to protect “climate strongholds,” key places that will continue to support bird life in the coming decades.

Audubon Monday launched a climate initiative to give North American residents the information, the training, and the tools they need to create solutions – in backyards, communities, states and provinces.

The group encourages people to read the report at: climate.audubon.org and to share their own stories of climate change.

“Many bird species are already struggling,” said Yarnold, “victims of habitat loss, pollution, and man-made obstacles like skyscrapers and towers. Our urgent climate warning comes on top of an already crowded and urgent agenda for conserving birds and their habitats.”

The Common Loon, icon of the north and state bird of Minnesota, may no longer be able to breed in the lower 48 states by 2080.

The Baltimore Oriole, state bird of Maryland and mascot for Baltimore’s baseball team, may no longer nest in the Mid-Atlantic, shifting north instead to follow the climatic conditions it requires.

“This new North American study is consistent with results from Europe, Africa and Asia showing that climate change will have profound impacts on the world’s birds, with many more species projected to be in trouble than benefiting,” said Dr. Stuart Butchart, head of science with BirdLife International.